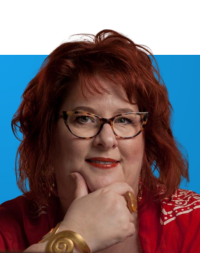 I’m a feminist journalist, author and researcher who grew up in Australia with a burning desire to change the world. I decided early on that journalism that exposed oppression, human rights abuses, injustice and corruption was the most effective way for me to contribute to positive social change. That idealism might have taken a beating over the years, but I continue to believe in the power of free, fact-based, independent journalism to move people to action in the interests of advancing human rights, supporting democracy, and ensuring transparent and accountable governance. I joined ICFJ in 2019 as global director of research, following an international career in journalism and academia spanning three decades. Here, I lead a team focused on producing novel, high impact and engaging research that inspires and informs action in response to journalism’s contemporary crises and opportunities. Our work includes the UNESCO-ICFJ online violence project, and the Journalism and the Pandemic Project.

My background: I began my career as a broadcast journalist in Australia, working across news, current affairs and documentaries at the Australian Broadcasting Corporation (ABC) as a reporter, presenter and editor. As a young journalist, I won a slew of professional awards recognizing my investigative reporting on child abuse in state care, Indigenous rights and violence against women. In 2003, I began a career in journalism education and research, becoming an academic within the higher education sector. But I never stopped being a journalist. I continued to write – predominantly about the future of journalism and press freedom threats – and my research has been squarely focused on issues integral to the sustainability of free and independent media in the digital age.

My journalism has been published by The Atlantic, CNN, the BBC, The Guardian, Foreign Policy, the ABC (Australia), Nieman Lab, The Mail and Guardian (South Africa), Columbia Journalism Review, and major Australian newspapers The Age, the Australian Financial Review and The Sydney Morning Herald. I’m also the author of Protecting Journalism Sources in the Digital Age (UNESCO: 2017) and co-author of Journalism, Fake News and Disinformation (UNESCO: 2018), and Balancing Act: Countering Disinformation While Respecting Freedom of Expression (UNESCO: 2020).

Immediately before joining ICFJ, I was senior research fellow at the Reuters Institute for the Study of Journalism (RISJ) at the University of Oxford, where I led the Journalism Innovation Project. I remain academically affiliated with RISJ, and I am also a senior researcher affiliated with the Centre for Freedom Of the Media (CFOM) at the University of Sheffield. I have a PhD in journalism studies focused on digital age threats to investigative journalism.

Ask me about: The future of journalism, living in Oxford (‘dreaming spires’ and all that!), and Vegemite (you don’t know what you’re missing!)