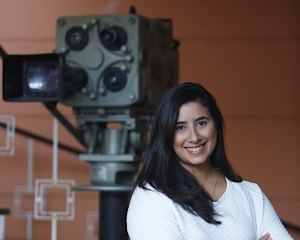 Mariana Barros is a producer and reporter at TV Jornal/SBT (Brazil), who produces special content focused on global health and maternal child health. Mariana is a 2016 winner of ICFJ’s Global Health Reporting Contest and of the Cristina Tavares Journalism Award, both for her reporting on microcephaly in Brazil. In 2017, Mariana won a grant from ICFJ and Johnson & Johnson to produce a report on research on the Zika virus in the United States and the situation of child abandonment in Brazil, two years after the outbreak in the country.