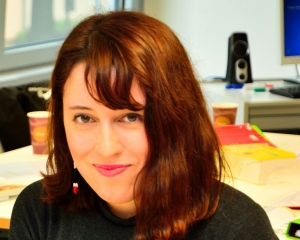 Natalia Messer was a Tweedale Fellow in 2017.

Natalia Messer is a freelance journalist from Chile. She contributes regularly for Deutsche Welle and has published some of her work in various international media such as BBC Mundo, the podcast Radio Ambulante, and Westdeutscher Radio, the national public radio of Germany.

Her investigative areas focus mainly on cultural, historical, and indigenous topics, such as the Mapuche Conflict in Chile.

In 2015, she received a scholarship from the German organization Heinz-Kühn-Stiftung to complete a three-month fall training program in Germany, which included an internship at Deutsche Welle and a German language course at Goethe Institute in Bonn.

She studied journalism at Universidad Católica in Concepción, Chile, where she graduated top of her class winning honors in 2014.