Doing the Tango with Media Innovation in Argentina 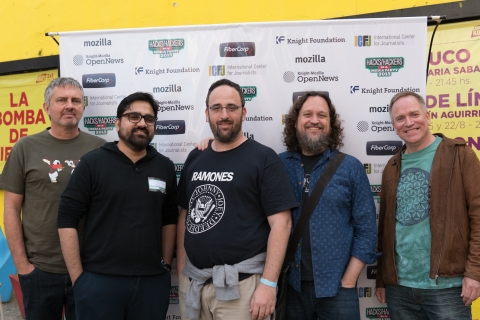 Of all the places we at the International Center for Journalists work in the world, Latin America has always been a hotbed of media innovation. That innovation was on full display at fourth annual Media Party Aug. 27-29, organized (with a lot of help) by ICFJ Knight Fellow Mariano Blejman. More than 1,600 people from five continents attended the Media Party -- though most, of course, were from Latin America.

During the presentations, the Media Fair showcase, and the day-long Hackathon that wrapped up the Media Party, I saw dozens of projects that engage audiences in fascinating ways. Many of them have received funding from HacksLabs, a project led by Blejman that accelerates data-driven journalism projects. HacksLabs is funded by a variety of organizations, including the John S. and James L. Knight Foundation, the World Bank, Hivos International and the Avina Foundation.

Here are some of the interesting projects:

The digital media disruption that has roiled journalism in the United States and Europe for decades has fully caught up to Latin America. Traditional media have recognized that they need to find new ways to keep their audiences and attract new ones, while online-only startups are pioneering new techniques to do so right out of the starting gate. Engaging those audiences through social media, interactive data projects and mobile news is key to staying competitive.

Argentine media have often led the way in Latin America. La Nación has become such a pioneer in interactive data journalism that its projects are often listed among the winners of international data journalism contests with the likes of The New York Times and The Guardian. Argentina's other major newspaper, Clarin, is also betting big on data journalism, gamification, mobile and other strategies for increasing audience engagement.

"In order to keep its place, journalism will have to reinvent itself," says Marcos Foglia, digital platforms director at the Clarin Group. "We have to understand how human attention works and learn how to seduce it."