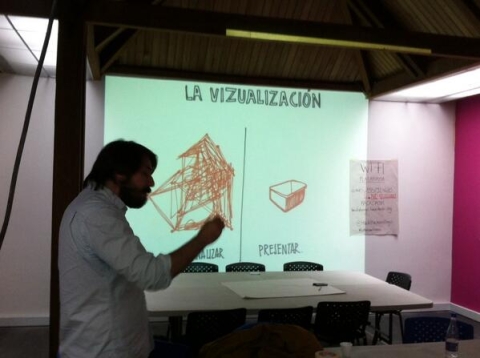 Check out ICFJ's Storify of the hackathon below:

Tiananmen at 30: You Can ‘Hear the Echoes of it if You Listen Closely Enough’

Philip J. Cunningham received a grant for immersive storytelling from Microsoft News and the International Center for Journalists (ICFJ), but really, his whole life has been an immersive story.

From the late 1950s, when oil exploration and production began in the Niger Delta, until it was suspended in the early 1990s, millions of barrels of oil were spilled, contaminating the land and water in a region of Nigeria known as Ogoniland, inhabited by the Ogoni people. They are among the oldest settlers in the area, which today is home to 850,000 people, many of whom rely on farming and fishing to make a living.

Josh Landis lived and worked in Antarctica from 1999 to 2001 as an editor at The Antarctic Sun, the only newspaper on the continent at that time. And while he was hardly the only person on the continent, it could often feel like that in a peaceful sort of way.