Why Organizers Rely on HackDash to Show Hackathons Have Worth 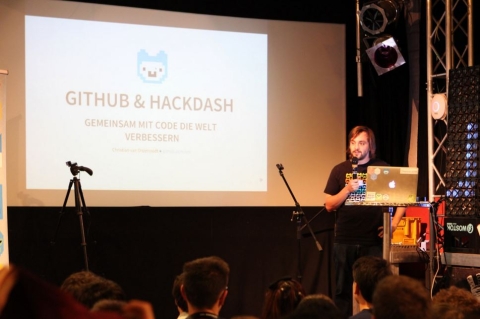 On July 12, 2012, ICFJ Knight Fellow Mariano Blejman sent out a simple plea on Twitter: "We're looking for a platform to organize the Media Party hackathon," Blejman tweeted in Spanish. "Are there any I’m missing?"

A few people tweeted suggestions, but nothing ended up suiting Blejman's needs for his upcoming event in Buenos Aires. Blejman expected around 250 people to attend the hackathon portion of the inaugural Media Party in 2012. Media Party is an annual three-day event hosted by Hacks/Hackers BA that attracts journalists, technologists and designers from around the world.

At hackathons, participants work in teams to solve a problem or address an issue by creating digital projects, like a website or app. There are typically a lot of participants, and it's sometimes hard to keep track of the projects they develop. Blejman needed a way to showcase the results of the hackathon in a place where everyone could see them.

Enter Dan Zajdband, an Argentine web developer who happened to be on Twitter that day. Zajdband didn't know Blejman personally at the time, but he saw his tweet and liked the idea of a challenge.

Zajdband and Blejman briefly corresponded to talk about the needs of the project, and then Zajdband started coding. By Aug. 30, 2012 — the Media Party kickoff day — Zajdband had a working prototype of HackDash. 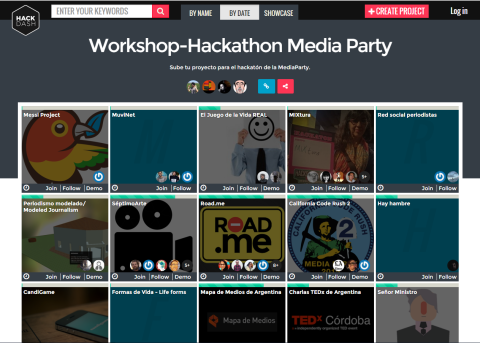 HackDash is an online space for hackathon participants to upload descriptions of their team’s projects, add links to demos and keep track of teammates who they worked with after the hackathon concludes.

"The most important thing [about Media Party 2012] was that it was the first time at a Hacks/Hackers hackathon that the projects didn’t just go away," Zajdband explained.

"This isn’t common. Ordinarily, the hackathon finishes and no one knows which projects were finished and who was working on each project."

The idea of preserving what happens at hackathons quickly caught on. It was a common issue hackathon organizers faced. Knight-Mozilla OpenNews Program Manager Erika Owens said it can be "really hard to go back a short time later and reconstitute what happened at the event."

Use of HackDash has become widespread since Zajdband and Blejman first debuted the tool to Media Party 2012 attendees. Owens encourages OpenNews fellows, who work all over the world, to try HackDash at events, and organizations such as National Geographic and the Open Knowledge Foundation as well as governments in Latin America have utilized HackDash as a way to show outsiders what exactly they've accomplished at hackathons. There are now more than 3,504 projects on HackDash and 6,414 registered users.

Hackathon organizers can use the tool to display teams' work on a HackDash dashboard, which This American Life (TAL) recently did to exhibit a collection of projects created by the radio show's Audio Hackathon participants.

Jeanne Brooks, the director of global communities at DataKind, helped organize TAL's audio hackathon in September. Brooks has championed the use of HackDash since meeting Blejman in 2014, when she was the first-ever executive director of Hacks/Hackers.

"HackDash is intuitive to use for a non-technical user, so it's been easy for new users to adopt," Brooks said. "A lot of the hackathon experiences that I create in the journalism space are focused on bridging the gap between technical and non-technical, so the ease of use is super important for me, which is why HackDash is such a great product."

"It’s so visually-appealing that it sort of lends itself to storytelling," she added.

Aside from the product's design and build, the popularity of HackDash revolves around the support it has received from the Hacks/Hackers community, which began in 2009 in San Francisco and has more than 80 chapters around the world. (Blejman spearheaded the Buenos Aires chapter in 2011.)

"The fact that it came from the [Hacks/Hackers] community and was really well-received by the community was something that kept us using it," Owens said.

Since the tool is open source, anyone can contribute to improving HackDash. Blejman and Zajdband remain open to suggestions and add new features based on feedback from users.

For Zajdband, the evolution of HackDash has also inspired him to work in journalism. Prior to meeting Blejman and starting HackDash, he didn't know much about the field. But starting in 2016, Zajdband will be an OpenNews fellow working with the Coral Project, which is developing open-source tools and resources for publishers to build better communities around journalism.

Interested in who has adopted HackDash? Check out this data visualization to see who's using it where.