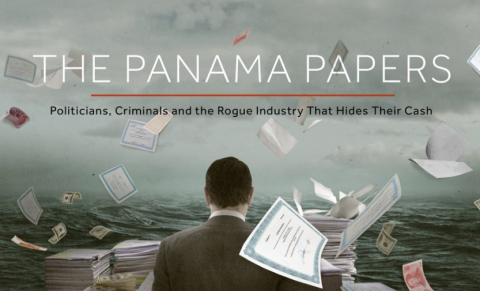 Investigative journalism networks launched or nurtured by the International Center for Journalists (ICFJ) have played a key role in the Panama Papers revelations, showing that journalists from Latin America to Africa to Eastern Europe can hold their own with the world’s best.

The success of Panama Papers has demonstrated the changing nature of investigative journalism. In the past, a single media organization with vast resources could manage a comprehensive global investigation on its own. Few have the ability to do that now, requiring a more collaborative model like the one shown in Panama Papers. The International Consortium of Investigative Journalists pulled together some 400 journalists from around the world to analyze and write about more than 11 million leaked documents on offshore tax havens.

ICFJ – an official partner in the Panama Papers consortium – has been a global leader in this change. Three of our cross-border investigative networks played a very important role in the investigations:

For Arenstein, the global project is important not just because of the stories that it broke but also because it validates the work of journalists who used to be considered not good enough for the global stage. In the past, he said, investigative reporting was almost like an “extractive industry” that used African resources without giving anything back.

“The foreign media parachuted in, guns blazing, and African journalists were usually reduced to ‘fixers’ on these large international investigations,” he said. “The result is shallow and often inaccurate reportage that targets all the usual suspects, but seldom really digs below the surface. The reportage also seldom gets published in Africa itself, because parachute reporters don’t actually care about local audiences. … The Panama Papers changed this. Indigenous African newsrooms led the investigations, using local analysts and technologies to break major stories that were published first in local media.”

Organizations that participated in Panama Papers had to gain the trust of the global consortium before they could share in the data and produce their own stories. Carlos Huertas, director of Connectas, said that meant that journalists in his network had to raise their standards to gain access to the biggest document leak in history.

“In this case, it’s not only the investigative work that is important but also the editorial criteria you use to approach the stories,” he said. “If all the information is part of the same package, the editorial standards have to be very high in each case.”

For Miranda Patrucic, lead investigative reporter for OCCRP, one of the most gratifying parts of the experience was being able to continue the work of her OCCRP colleague Khadija Ismayilova, who is in jail in Azerbaijan because of her tough reporting on President Ilham Aliyev and his family.

“While Khadija previously uncovered how the first family had a small stake in a gold mining consortium in Azerbaijan, the leaked records showed that they actually own a majority stake and effectively control the consortium,” said Patrucic, who led OCCRP’s investigators in that country, Central Asia and the Balkans. “The family has been trying to sell the company for two years now and has, in the meantime, left 300 workers without pay. In despair, workers took to the streets of Baku and called state institutions, including the president himself, to help. Their pleas were left unanswered.”

After the story ran, Patrucic said, “government trolls” said it was the wrong time to criticize the government because Azerbaijan’s long-standing conflict with Armenia over the disputed territory of Nagorno-Karabakh was heating up.

“People reacted with an online campaign showing a caricature of a wife caught cheating on her husband with another man and responding to her angry husband: ‘Now is not right time.’ ”