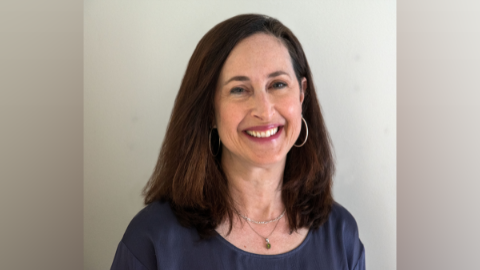 The Board of Directors of the International Center for Journalists (ICFJ) has named Sharon Moshavi, a longtime executive with the organization, as president effective Sept. 7. Moshavi will replace Joyce Barnathan, who is retiring after more than 15 years at the helm.

Moshavi, currently ICFJ’s senior vice president of new initiatives, has played a pivotal role in the organization’s tremendous growth and impact during a time of both massive upheaval and new opportunities for news media across the globe. In the face of these challenges, ICFJ empowers journalists to produce trustworthy news in the public interest.

“Sharon has proved herself to be the best person to become president of ICFJ,” said Michael Golden, chairman of the board. “She was a key leader in creating a strategy that has been so highly successful during the past two years. She has shown her leadership with a remarkable record of creating innovative programs and securing funding for new initiatives.”

Moshavi will step in for Barnathan, who announced her retirement in early 2020 but stayed on as president to help steer the organization through the COVID-19 pandemic. “Joyce has been the most successful president in ICFJ’s history,” Golden said. “The organization has more than quadrupled in size under her leadership, and we have developed the most extensive global network of journalists in the world.”

Moshavi joined ICFJ in 2007 as its first digital media director and quickly moved up to become senior vice president, focusing on new project design, partner cultivation and innovation. Previously, she worked at the John S. and James L. Knight Foundation and as an international correspondent for more than a decade, based in New Delhi, Jerusalem and Tokyo.

Moshavi designed and implemented some of ICFJ’s most cutting-edge work. Early on, she pioneered citizen journalism networks in Malaysia and Egypt and connected them with news outlets. She directed ICFJ’s first global research project – a survey of technology in newsrooms in 14 languages – and spearheaded the creation of a research arm aimed at setting the agenda for 21st-century journalism.

She also designed innovative programming to help journalists embrace digital transformation, combat misinformation and launch start-ups. Most recently, she helped develop ICFJ’s comprehensive response to the COVID-19 pandemic: a highly successful global reporting forum that connects journalists with experts, resources and each other to better cover the biggest story of our lifetimes.

“Every day we see just what an essential role journalists play in our democracies and our lives,” said Moshavi. “I’m inspired by the incredible work they do, often under extremely difficult circumstances. I’m honored to take on the role of ICFJ president and lead an extraordinary team dedicated to ensuring journalists everywhere receive the support they need – now more than ever.”

Barnathan is the organization’s longest-serving president. She came to ICFJ in 2006 after more than two decades as an international correspondent in Moscow and Hong Kong and as a senior editor in New York.

A marker of Barnathan’s tenure has been staying ahead of the trends and adapting to meet journalists’ needs in a rapidly changing field. Soon after she was hired, ICFJ and its partners launched the first global business journalism master's program in China in 2007, supported the first mobile news service in rural India in 2009, and trained citizen journalists in social media ahead of the Arab Spring in 2010.

The organization has cultivated cross-border networks of journalists across the world and helped spread new storytelling methods and business models at a time of crisis for many in the field. Most recently, Barnathan steered the development of a new five-year strategy to foster crisis reporting, media innovation and financial sustainability.

“It has been a privilege to work for ICFJ,” said Barnathan, “and I am thoroughly delighted to pass the torch to someone as talented and passionate as Sharon Moshavi, who will take our organization to new heights.”