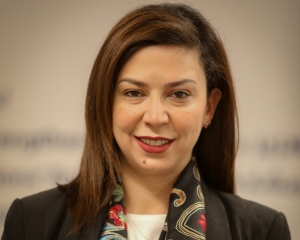 ICFJ Knight Fellow Rawan Jayousi, a well-known figure in Jordanian community journalism, will be creating an incubator for media startups in Amman, Jordan. The incubator will help foster journalistic innovation to serve women and youth communities and plant the seeds for independent journalism in a country where media is largely under government control.

She will be working alongside the nonprofit Community Media Network to provide training, coaching and promotion for the participants’ projects.

Jayousi has used her expertise to train journalists on topics related to human rights, gender, data journalism and media literacy.

She is a PhD candidate in political science, and she holds a master’s degree in human rights from the University of Jordan and an undergraduate degree in radio and television.

Introducing MADRAJ...
Jayousi is creating an incubator to nurture independent media startups that serve youth and women in Jordan, where media is largely under government control.  The incubator is called MADRAJ, which means “runway” in Arabic, and also stands for Media and Digital Runway for Arab Journalists. MADRAJ is launching its first training program on “Sustainable and Innovative Media” in partnership with the Al Jazeera Media Institute. Just announced on Wednesday, the program received 150 applications in six hours!

Help spread the word to journalists in Jordan (including refugees)! 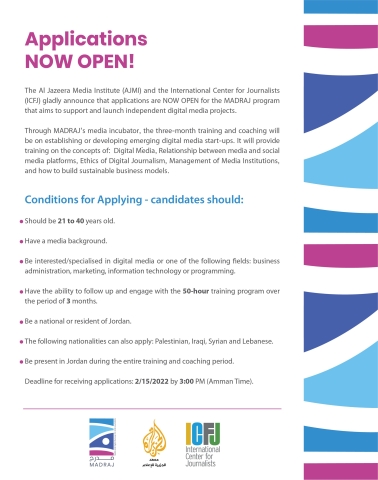