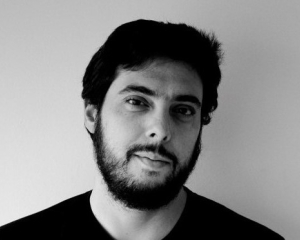 In Brazil, ICFJ Knight Fellow Sergio Spagnuolo is expanding journalists’ access to scientists who are active thought leaders on social media. He created a free digital tool that tracks the commentary of more than 1,600 scientists and scientific organizations in English, Spanish and Portuguese, making it easier for journalists to follow their discussions and research.

Launched in June 2020, Spagnuolo’s Science Pulse serves as a useful resource for stories on COVID-19 and other critical health- and science-related topics.

Reporters can use the tool to discover new story ideas and find potential experts on scientific topics. By the end of January 2021, the Science Pulse database included over 2 million social media posts, gathered from Facebook and Twitter, and attracted more than 4,800 unique users. The tool offers a dozen different metrics, enabling users to search by experts, topics or regions and learn which topics are trending in the scientific community.

Science Pulse was created by a team of developers and journalists led by Spagnuolo, in collaboration with Volt Data Lab and with support from the Brazilian science journalism agency Bori.

The platform tracks the social media posts of a range of influential figures and institutions from Brazilian scientists like epidemiologist Otavio Ranzani (@otavio_ranzani) to international medical journals like The Lancet, to globally acclaimed institutions like the U.S. National Institutes of Health.

The technology developed by Spagnuolo and his team is an open-source resource for the media and other organizations, which can partner with the fellow for such projects. It can be used to track social media commentary around other important issues, such as online harassment, human rights abuses, business developments and more.

As a Knight Fellow, Spagnuolo has also partnered with TED, the platform for compelling expert talks, on a project that tracks misinformation and abusive content online. The Healthy Internet Project is a browser extension that allows anyone to report abusive online content easily and quickly and help build a collaborative database that will be made available to journalists, civil society organizations and technology companies. The project is incubated by TED with support from Jigsaw and ICFJ. Launched primarily in Brazil, it serves as an experiment for other regions.

Before becoming a Knight Fellow, Spagnuolo was an ICFJ TruthBuzz Fellow in Brazil. His project to spread verified information was conducted in partnership with Aos Fatos, a media startup formed in 2015 in response to a need for rigorously verified information, and Folha de São Paulo, one of Brazil’s largest newspapers dedicated to increasing the reach of their existing fact-checking efforts.

Spagnuolo is the founder and managing-editor of the data-driven agency Volt Data Lab, founding editor of the technology website Nucleo and a former editor of Aos Fatos, the Brazilian fact-checking website. He also serves as a board member of the Brazilian Association of Investigative Journalism (Abraji).