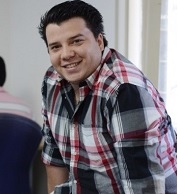 Wilfredo Miranda Aburto is a Nicaraguan journalist working for Confidencial, a specialized investigation and analysis newspaper. Additionally, he is a reporter for the news show Esta Semana. He collaborates with the American newspaper Fusion and the Mexican Excelsior, and has published stories in newspapers in El Salvador, Guatemala, Venezuela, and Argentina, as well as other media outlets in Nicaragua. He was the second place winner of the award "Initiative Investigative Journalism in the Americas 2015,” sponsored by the International Center for Journalist (ICFJ) and CONNECTAS, for the article “El Gran lago Amenazado”. 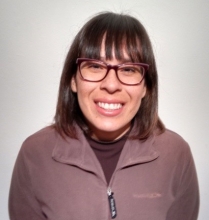 Tania Opazo Guerrero is a 32-year-old Chilean journalist with a Master’s Degree in Written Journalism and a BSc in Hispanic Literature and Linguistics from the Universidad Católica de Chile. She currently works as a reporter at La Tercera newspaper (www.latercera.com), specifically for a weekly publication called Tendencias, where she covers science, health, society, technology, and travel. Her main interests are science and health, especially the coverage of topics relates to mental health. She was a finalist in the Chronicle Category in the Premio Periodismo de Excelencia (Journalism of Excellence Award) given by Universidad Alberto Hurtado in 2010, and she was awarded for the Best Journalistic Report on Business or Entrepreneurship in the MAGs Awards, of the National Association of Press (ANP), in 2014. She won the award for telling the story “Médicos sin marca”, about a group of doctors struggling against the influences of the Industry in medical practices.