Applications for the 2014 program have closed. 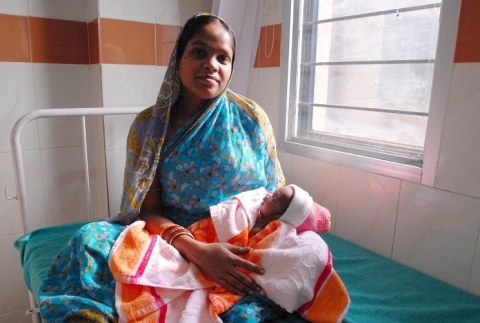 A mother holds her newborn child in a hospital in Odisha, one of India's poorest states.

Journalists in Brazil, China, India and Russia won a trip to the United States and cash prizes as part of four regional competitions to recognize the best media coverage of maternal and child health.

One winner from each country received a cash prize and participated in a 10-day study tour to the United States. Contest topics included:

Journalists employed by print, broadcast or online media in each country qualified. The contest also was open to affiliated freelance journalists. Submitted work must have appeared in a media outlet based in each region or distributed mainly in the region. Submissions needed to be made in English, Hindi (India), Mandarin/Cantonese (China), Portuguese (Brazil), Russian (Russia). Submissions in other languages must include an English translation. Applicants could have submitted more than one entry.

The program is administered in partnership with Johnson & Johnson.