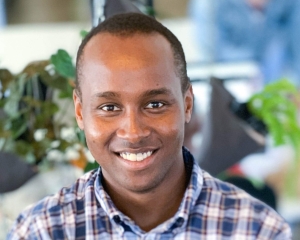 ICFJ Knight Fellow David Lemayian leads the development of journalistic tools and software for Code for Africa, the continent’s open data and digital media pioneer. His projects help local newsrooms to produce innovative storytelling and to increase engagement with their audiences across platforms. Lemayian is an experienced technologist with a track record of finding creative ways to use technology in media, government and civil society organizations. He manages Code for Africa’s team of software developers and oversees all related technical infrastructure. They work in collaboration with a pan-African team of ICFJ Knight Fellows and associates.

Among projects where Lemayian plays a leading role:

Lemayian has served as Code for Africa’s lead technologist since 2012. He is also a data literacy bootcamp trainer and organizer. He has facilitated bootcamps for the World Bank Group in Moldova, Malawi, Nepal and Tanzania. He is a former winner of the Google Android Developer Challenge for Sub-Saharan Africa and was a Global Editors Networks Data Journalism Awards Finalist.