A social communicator and journalist with over five years of experience in radio, Aguilar recently finished a Master’s degree in International Journalism at UNED Madrid. She is currently a foreign news editor at Caracol Radio, the biggest radio station in Colombia. She was born in Bogota 26 years ago, and her biggest passion is to travel around the world and learn as much as possible about other countries and cultures in order to combat stereotypes. Since the beginning of her career she has been interested in global politics, so she’s traveled as a special envoy to many countries in Latin America to cover presidential elections (Venezuela, Chile, Ecuador) or conduct investigative work (Panama), and to report on religious conflicts in the Middle East (Palestine, Israel). She speaks English, is proficient in French, and is currently studying Arabic.

Otto Angel was born in Guatemala City in 1981. He is married with one beautiful newborn that is six months old. He has worked as a journalist in radio (Radio Punto, since May 2002), newspaper (Siglo 21, from 2003-2008) and television (Guatevisión, since March 2008). In Guatevisión he works as a news reporter, producer, and now shares responsibilities as Editor-in-chief, Social Networks and Web editor, and Anchor/Producer of his own show “Las Inolvidables,” a satiric show about Guatemalan politics. His duties include coverage of the White House, the UN, and presidential summits in México, USA, China’s Republic in Taiwan, El Salvador, Honduras, Nicaragua and Costa Rica.

As a producer he works on the Guatevisión Morning Show, “Viva La Mañana.” Additionally, in 2010 he started a news satire segment titled “Inolvidables Guate,” with his colleague Ben Kei Chin to create a YouTube Channel (www.youtube.com/inolvidablesguate) that has reached 19,531 subscriptions and a Facebook profile (www.facebook.com/inolvidablesguate) with 21,500 likes. In June 2014, he was assigned to manage Guatevisión’s Facebook accounts with the mission of increasing its amount of Facebook likes. The statistics show a very significant growth, and the account that started with 222,000 likes (10th in Guatemala) now has 820,000 likes (3rd in Guatemala). The success in social mediaalso benefits the channel´s website: www.guatevision.com. According to ‘alexa.com,’ on January 15th Guatevisión was ranked in the 500,000s, but by July 15 Guatevisión was ranked 10,060th. 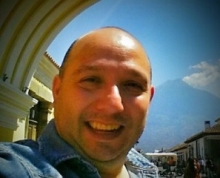 Norman Avila is a software engineer from Guatemala. He has been involved in IT consulting and has run a software development shop for the last 15 years, but his real passion has always been observing weather, maps and technology. He manages his website, ClimaYa, devoted to informing and observing weather data and natural disasters in Central America, Mexico, and the Caribbean. His entrepreneurial spirit has allowed him to participate in entrepreneurship events across the region such as Startup weekends, BarCamps, and Hackathons.

He aims to convert ClimaYa to a weather-media service company focused on Latin America, provide specialized forecasts to different commercial activities, and generate a platform to provide emergency agencies in the region with a way to transmit automatic weather alerts for disaster preparedness and risk reduction. He can be reached in Twitter as @neavilag and @climaya and can also be reached directly on email neavilag@gmail.com. 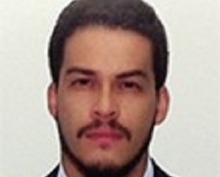 Jose David Bustos Rios was born on June 26, 1981 in Popayán (Cauca), a town south of Colombia. He studied journalism at the Universidad del Cauca which is located in the city of Popayan, Colombia. He's now working at the Consejo de Redacción, CdR at Bogotá D.C. He supports digital editing, design, and content assistance in Plataforma de Periodismo and also supports the multimedia development in the independent digital media, Agenda Propia. 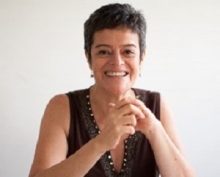 Ana Carolina is a Guatemalan journalist currently working at Laboratorio de Medios, S.A. (labmedios.com), an editor for Ojoconmipisto (ojoconmipisto.com), a consultant, and a freelance journalist. She also works as an editor for the digital publication Nómada (nomada.gt) and editorial consultant at Contrapoder, a weekly local magazine (contrapoder.com.gt).

She worked as Editor-in-Chief at elPeriodico from its conception in 1996 until 2013. She was in charge of the newsroom where she worked with editors, reporters, photographers and graphic designers. She also trained reporters on following elPeriodico´s editorial style, editing their material and coverage, and writing both features and articles.

Before her leading role at elPeriodico, Ana Carolina was a correspondent for two news agencies in Guatemala and Mexico, and a reporter for a political magazine. Always interested in training others in the field of journalism, she has been a professor at a private university, Rafael Landívar, and has consulted for international organizations such as UNESCO, the European Union, and local governments writing editorial and style manuals.

From 1999-2000 she was a Hubert Humphrey Fellow at the University of Maryland where she had the opportunity to pursue a program in journalism, work closely with Humphrey colleagues in workshops and seminars, and attend an internship at the San Diego Union Tribune. Ana Carolina has a graduate degree in Mass Media Communication from the Iberoamericana University in Mexico. 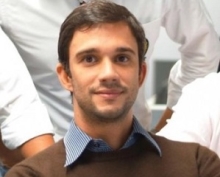 Originally from Rio, Joao currently lives in Sao Paulo. In the past he lived in London where he worked for BBC and CNBC Europe. He also received a Master’s degree in Journalism. Joao has worked for Bloomberg TV in New York City.

Joao loves to travel, play videogames, and watch Netflix in his free time – which is rare. He also collects superheroes action figures, cycles on weekends, and goes to the gym less often than he would like to. Joao has finished writing his first book: a fantasy sci-fi book (it might be published someday, he hopes!). 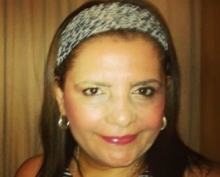 Xiomara Danelia Orellana Bueso is a journalist and a lawyer. She was born in Santa Rosa de Copan, a city in Western Honduras. For 10 years she worked in Diario La Prensa in San Pedro Sula, the largest newspaper in the country. She is an investigative journalist, and covers topics of migration, drug trafficking, land disputes, and other issues of impact. She has travelled the route of migrants traveling to the United States twice, once in 2010 and another in 2012. This has been one of her greatest experiences that allowed her to learn a lot and understand why Hondurans seek a better quality of life every single day. She loves her job, and enjoys learning every day because she knows she still has a lot to learn. She has high expectations, but the most important to know colleagues that during these four weeks from different countries will share and exchange experiences. 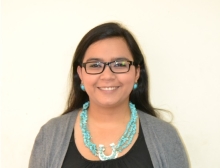 Mercedes Nicolle López Hernández is 23 years old and was born on October 24th of 1991 in Tegucigalpa, Honduras where she currently lives. Her parents are Marvin López Zuchiny and Ana Mercedes Hernández, and she has three siblings: Marvin Enrique López, Manuel Alejandro López, and Mildred Maria López. Her primary and secondary education was at Saint Raphael´s School, and after graduating she went to the Universidad Nacional Autónoma de Honduras (UNAH) to study journalism. She chose this as her career because she grew up in a family of journalists. Her grandfather used to work in one of the four main newspapers, and her father used to work in television. After five years of university she graduated on September 24th, 2013 at the age of 21, with an average of 74%. Hondudiario, the first digital newspaper in Honduras, is her current job and she has been working there since January 2013 when she started her professional practice. Since 2014, she has been the Chief Editor and is in charge of supervising and editing the daily work. While her job allows her to write about any subject, health and tourism are her main themes.

Thiago Medaglia is a journalist who graduated from the Methodist University of São Paulo, Brazil. Medaglia acts as Special-projects editor at the website Infoamazonia. He is currently a freelance reporter and was an editor at the National Geographic Brazil magazine. As a reporter, he travelled for five years for Terra magazine, a pioneer publication in Brazil focused on geography and expedition. The co-author of five books about environmental issues, his work has been awarded a few prizes, and he has published articles at important magazines and newspapers such as Revista da Folha (from Folha de S. Paulo), O Estado de São Paulo, ESPN magazine, and others. Medaglia created the Ambiental News Agency, which is the first independent agency of Brazil that focuses exclusively on science and environment and is about to be launched. 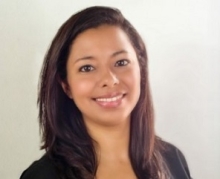 Martha Solano is a journalist with more than ten years of experience, and graduated from the Universidad Centraomericana, in Managua, Nicaragua, and is the mother of a beautiful daughter.

Since 2003 she started writing stories in La Prensa newspaper. She has worked in Aquí Entre Nos (a tabloid for younger people) and Domingo Supplement where she wrote special reports about politics, economy, environment, etc. In 2010, she made an internal move in the organization to start working as a digital journalist and started the project to convert ‘www.laprensa.com’ to a modern website.

Now, ‘www.laprensa.com.ni’ is recognized as the most accessible and reliable website in Nicaragua and it works hard every day to bring complete information in real time.

Solano really loves running and dancing and in her free time, and she enjoys going out of the city to explore new places. 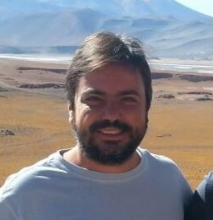 Marcos Ricardo dos Santos is the head of the regional office at the Brazilian Ministry of Communications in Minas Gerais state and a freelancer reporter for Superinteressante, one of the most important publications in Brazil regarding science and technology. He has 12 years of journalistic experience in news organizations including newspapers, magazines, and television. His most prominent position was Head of journalism at TV Brasil – Canal Integración, a public international Brazilian channel broadcasting to other South American countries. He also worked as Press Officer for the United Nations Office on Drugs and Crime (UNODC) and as Director of Information for the Brazilian Ministry of Education. He is now working on a tool that may change the way editors and reporters acquire footage for broadcasting. 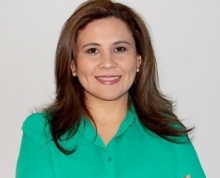 María Gabriela Vega is a graduate of the Central American University (UCA) with a bachelor’s degree in Social Communications, specializing in television. She earned her master’s degree in Journalistic Direction and Editing from the Catholic Pontifical University of Chile.

At the beginning of her university studies, she had the opportunity to work in the most important communications media of Nicaragua: the Extravisión News Program and the Esta Semana Program. These were the first arenas in which Vega worked as a journalist, followed by Channel 2 Televicentro, where she covered social, economic, and political issues for 10 years. In addition, she was a news anchor for the program with the highest rating in the country, TVNoticias.

María Gabriela Vega has also directed television magazine shows and has worked in public relations in governmental institutions. In addition, she has shared her television journalist experience as a reporter and international news correspondent by teaching at the Central American University (UCA).

She worked as a news correspondent with the Telemundo network in 2000 and 2001, and returned to that network from 2009 to 2013. She was also the correspondent for the Estrella TV Channel’s evening edition of the news on the East Coast of the United States.

Since 2013, she has worked as a freelance correspondent for the Univision network, a television network aimed at the Latino population in the United States, with coverage of approximately 93% of Latino households in the country.

Zoom Comunicaciones also produces reports and documentaries on diverse issues: social topics, gender, youth, children and adolescents, environment, health, microfinance, culture, and entertainment for private businesses and non-governmental organizations. Clients include the World Bank, Oxfam, Habitar, Swiss Contact, Catholic Relief Services, Save the Children, the European Union, Kimberly Clark, Cargill, and others. The production of these documentaries has led her to work in other Central American countries and in the United States.